I’m not going to lie, as soon as I typed the title of this post I went completely blank – what did I even read last month?! I had to go through my photo gallery on my phone to remember…my brain’s been like a sieve lately! 😂

Anyway, now that I actually know what books I read, I can talk about them, haha!

Organize Simplicity was a great kick starter for my decluttering spree. Easy to read and it all just makes sense. I’ve been going through the house room by room and have already dropped off half a dozen boxes to our local opp shop and still have a few more to go (I’m doing it in batches so that I don’t scare the opp shop lady). I’ve still got one or two rooms to go, and will probably re-declutter another one or two once we’ve finished rearranging our house. My husband is moving his office into his external studio (now that we have electricity out there) so we’re shuffling kids bedrooms around too. It makes for a bit of a topsy turvy house for a bit, but the end result will be worth it 😉

My Side of the Mountain took me right back to my childhood of playing in makeshift cubbies under bushes and pretending that all I had to live on was the muffin and apple that Mum had given me for morning tea. I discovered that it’s actually the first of a trilogy, so I may have ordered the other two books….

Jason Evert’s Pure Love was another simple read, but full of profound, realistic and sensible advice. Its the perfect little booklet to give out to anyone who might be interested in knowing more about chastity (and chaste relationships ), or hey, even those who aren’t interested, but should be!

This month’s books are The Scent of Water, by Elizabeth Goudge, and The Apostolate of Holy Motherhood, which is a collection of (Church approved) messages from Our Lady to whom I’m not sure. I don’t know anything about this book, it just jumped off my mother-in-law’s bookshelf at me! The image of Our Lady on the cover caught my attention, so she came home with me.

I have to admit that, even though we’re only a few days into July, I’ve already finished the Scent of Water! Where to begin…growing up I would borrow Elizabeth Goudge’s the Little White Horse week after week after week. It’s such a charming fairytale, and I’ve always been a sucker for good scenery descriptions.

The Scent of Water is like the adult’s version of the Little White Horse. I mean, it doesn’t have a princess or a unicorn in it, but its got that same charm, the same quaintness to it that caused me to fall in love with the children’s story. Elizabeth has a way of painting and capturing light with her words in the same way a good photographer does. Its been a long time since I’ve discovered a new (to me) story book that I could say so sincerely that I loved every chapter. And given that I’ve now got the whole month ahead with no story book planned, I may just have to revisit Maria, and Moonacre Manor. Its been a while.

So tell me, what are you reading right now? Have you discovered a new favourite?

One thought on “July Reads”

You can find me here… 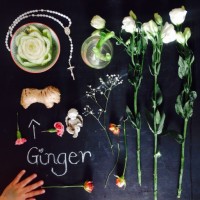 This Home on the Hill

sharing what I learn as I treasure motherhood's everyday moments